Ever since Sushant Singh Rajput appeared in Pavitra Rishta, he made everyone his fans. With his impeccable screen timing to killer dance moves and drool-worthy smile, he was one of the most promising actors of Bollywood. However, before we could see him fulfilling all his dreams, the actor died by suicide on June 14 and left everyone in utter-shock. Post his sudden demise, there were several reports that had claimed that his pet dog Fudge, who was very close to the late actor, passed away. However, there was no confirmation on the same.

Now, as per the latest report by ETimes, Sushant's pet dog is fine and staying at his Pavna house. Not just one, Sushant was the proud owner of five dogs, and they are all staying at his house and are keeping safe.

Post Sushant's demise, one of his 2018's posts for his pet Fudge had gone viral on the internet as people had started assuming that Fudge couldn't bear the loss of Sushant and passed away. Along with the post, Sushant had also shared a lovely and playful video, where he and Fudge could be seen playing. He had captioned the video, "If you remember me, then I don't care if everyone else forgets.” #mylove #Fudge ~ Kafka on the Shore #murakami".

“If you remember me, then I don't care if everyone else forgets.”#mylove #Fudge
~ Kafka on the Shore#murakami pic.twitter.com/LZAURReLg7

Sushant was a lively person, who was full of life, positivity, and hope, and his social media posts were proof of the same. However, nobody could have guessed that the late actor was allegedly suffering from depression. Reportedly, Sushant was battling with clinical depression from the last six months and was undergoing treatment for the same.

Sushant's suicide has created a stir in the country, his family, and fans have been demanding CBI inquiry into the case. The Bandra police are investigating the matter and for the same, they have even recorded the statement of his girlfriend Rhea Chakraborty and his close friends.

When the coronavirus pandemic hit India in March no one expected life coming to standstill for such a long period of time. All shoots of serials, ads and films were called off as the pandemic became a reality. Television started rerunning old TV shows including Ramayan, Mahabharat and other popular ones from the '90s. But now, the government has allowed shootings to begin with limited staff and maximum protection. But, looks like shootings cannot begin anytime soon!

According to a report by Mumbai Mirror, the shooting was supposed to begin today but has been cancelled because there is no surety on key issues like sanitisation, safety, payment schedule, insurance, and shift timings.

CINTAA (Cine and Television Artistes Association) and FWICE (Federation of Western India Cine Employees) had an online meeting on Monday and issued a statement on the same.

After the government -issued Standard Operation Procedures (SOPs) everyone was expecting to get back to work, but now it looks like that may take some more time. All shootings are on hold since March 19.

Qurban Hua actor Aayam Mehta told the publication that the show kicked off in February and had just completed 19 episodes when the nationwide lockdown changed everything. He said that all shootings will have to wait until the issues are resolved.

“As soon as certain issues are resolved, we will start the shoot. But till then, we will have to wait a little longer,”, said Aayam.

Amir Jaffar, producer of Tujhse Hai Raabta and Qurbaan Hua said that shootings are expected to begin on June 25.

Trust Sunny Leone to raise the temperature with her stunning photos and the diva won't disappoint for sure! The actor, who has moved to Los Angeles temporarily, took to social media to share a glimpse of her time in the city. In the photo, Sunny was seen posing with a friend in a stunning black monokini.

Along with the post, she wrote, "With my very close friend @nuria.contreras thanks for having all of us over! So nice to go swimming!! Love you!"

With my very close friend @nuria.contreras thanks for having all of us over! So nice to go swimming!! Love you! 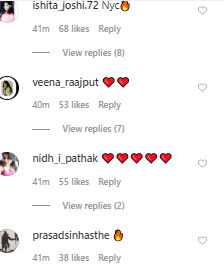 Lately, Sunny has been putting up a lot of sweet post on social media, much to her fans' delight. She shared a beautiful post on Father's Day that reads, "Happy Father’s Day @dirrty99 The best papa in the world! You make us whole and are the reason we are who we are! Thank you for being you and loving us so much! I love you baby. Happy Fathers Day!"

The best papa in the world! You make us whole and are the reason we are who we are! Thank you for being you and loving us so much! I love you baby. Happy Fathers Day!

She shared another post for her father that reads, "This was my father...always smiling...singing...dancing...and making others smile! I can only wish and pray to be half the person you were. And my beautiful mother who worshipped you. Two souls who “were written in the stars” I miss you so much! Happy Fathers Day Papa!"

On the work front, Sunny was last seen in a song Battiyan Bujhaado in Motichoor Chaknachoor. The film starred Nawazuddin Siddiqui and Athiya Shetty in the lead roles. She will be next seen in a Tamil language film, Veeramadevi. It will mark the diva's Tamil debut. It is written and directed by Vadivudaiyan and produced by Ponse Stephen.

After Sonam disabling comments on Insta, Kareena and Alia have limit comments

On June 14, Bollywood lost one of its most talented actors, Sushant Singh Rajput. Sushant died by suicide. He breathed his last at his Bandra apartment and his funeral took place on the following day in Mumbai. While many are still unable to accept that Sushant is not between us anymore, his tragic demise has given rise to the debate around mental health and nepotism.

A few actors have also opened up about the tough times they have seen in the industry. Not just this, netizens have also been bashing a few celebrities for not being there for Sushant and for allegedly being rude to him. Sonam Kapoor even took to social media to share the ruthless comments trolls have been sending her.

Even Karan Johar is being trolled online and social media handles like Twitter and Instagram are flooded with mean comments for the filmmaker. Following the row, celebs including Karan, Alia Bhatt, Kareena Kapoor Khan and Ananya Panday have restricted their comment section on Instagram. Shah Rukh Khan's daughter Suhana Khan has also done the same.

Sonam had turned off the comments on her feed a few days ago and talking about the same, she had shared a message on her Insta story. It read, "Hey guys I usually don’t shy away from hate and negativity because I feel sorry for the people who have so much hate in their hearts as it harms them more than me. But it’s triggering my friends and family. I understand that they are paid bots and people who are pushing a conservative right wing agenda. But right now is the time to speak about the lives lost at the borders and the lives affected by the lockdown. I’m turning off my comments."

If you see the last post shared by these actors, you will get this message in the comment section - 'Comments on this post have been limited'. We have shared screengrabs for a few post below: 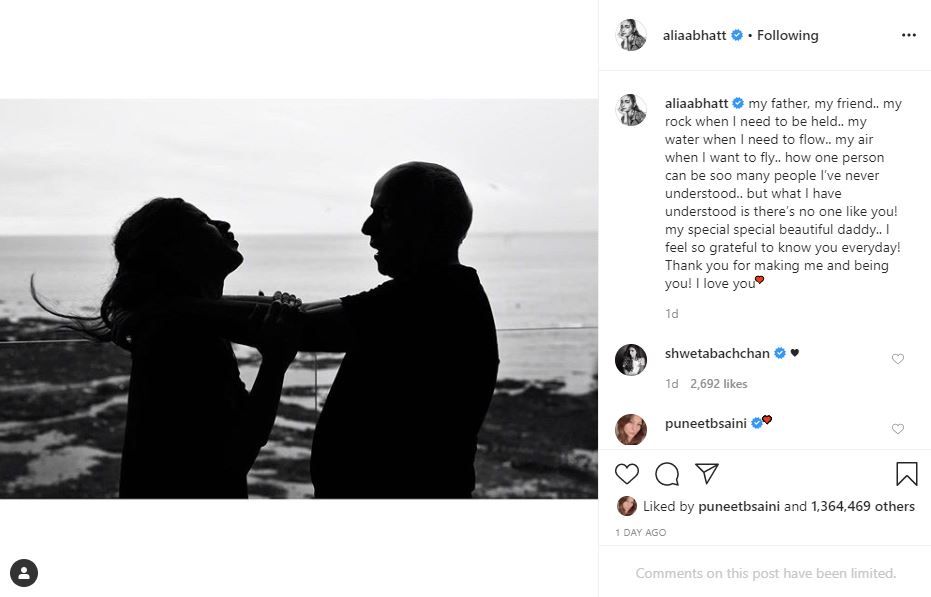 Meanwhile, the police have been investigating Sushant's suicide case and have been recording statements for the same. A case has also been filed against eight Bollywood personalities including Salman Khan, Karan Johar, Sanjay Leela Bhansali, and Ekta Kapoor in connection with the actor's suicide case. The complaint has been filed in a court in Bihar’s Muzaffarpur by advocate Sudhir Kumar Ojha.